When we talk about these things, the words we use change depending on physical distance between a speaker and listener.

What can you learn in this article
・Differences between ko, so, a and do.
・Example sentences of kosoado words.

We use こ for something near the speaker.

Please look at the picture.

She has an apple, which means the object is near the speaker.

She tells him where she is, which means the place is near of her.

Let’s move on to the next picutre.

He asks to enter this room.

We also use こちら when you introduce a person who is not a family member.

He has an apple and it is near the speaker, so he says “この りんごは おいしいです”。

This apple is good.

We use そ for something near the listener.

A man has an apple and she wants to say it is an apple to him.

A listener has an apple, so she says “それはりんごです”.

Let’s move on to the next picture.

Please see the next picture.

The man (speaker) asks her to enter the room.

The man (listener) has an apple, so it is close to him.

The girl (speaker) wants to ask if the apple is good.

We use あ for something far away from both a speaker and listener.

Please look at the picture.

There is an apple far away from both of them, so she says ”あれは りんご です”.

Please see the next picture.

The circle is far from both of them.

Let’s look at the third picture.

He asks her to enter that room.

The door is far from both of them, right?

Let’s move on to the next picure.

There is an apple far away from both of them and she is asking if it is good.

We use ど for something we don’t know the distance.

Actually, we use ど when we ask something.

She is asking which is an apple.

Let’s move on to the next picture.

He lost contact lenses and is looking for them.

In Japanese, he says “コンタクトはどこ”.

Please look at the next picture.

We use どちら (or どっち) when we ask a direction or chose from more than two things.

It means which way I should go.

There are three types of apple and she is asking which apple he likes.

If it’s near the listener, we use “so” words.

We use “a” words if it’s far from both the speaker and the listener.

When we don’t know the distance, we use “do” words.

I teach Japanese in-person or online.

You can also learn Japanese on my Instagram page.

When you want to say that you did homework,...
Read More 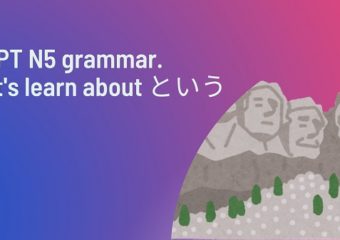 When you tell your Japanese friends about a thing...
Read More 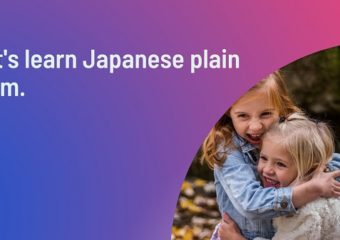 When you talk with your friends, you would want...
Read More